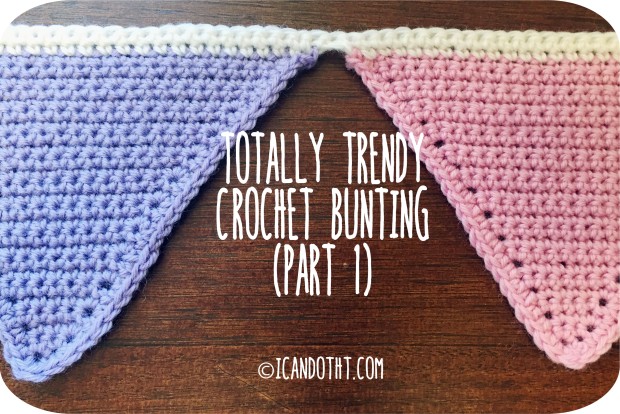 The idea for this project appeared fully formed in my brain, as if by magic. One moment I was thinking ‘Is that salami still good?’*, and the next, ‘Well of course, why wouldn’t I make crochet bunting for my engagement party with only a week and a half to spare?’.

(*This isn’t what I was really thinking, but just FYI, I find that salami is almost always still good…)

Luckily for me, I found the simplest, most elegant crochet bunting tutorial on Pink Milk. Heather explains the process beautifully.

I got to work, and to my extreme happiness, found that each flag only took about half an hour to whip up. I used 8 ply yarn (that I stole from another project, so it was freeeeee) and a 4.5 mm crochet hook. This is such an easy pattern that you shouldn’t hesitate to try out a couple of different yarns and hook sizes to find your perfect look.

I made a total of 16 flags, 4 each of 4 different colours. Once they were complete, I blocked them and, I have to say, I wouldn’t bother doing that again. It was a long and annoying process, and using the steam setting on my iron was much quicker and easier. 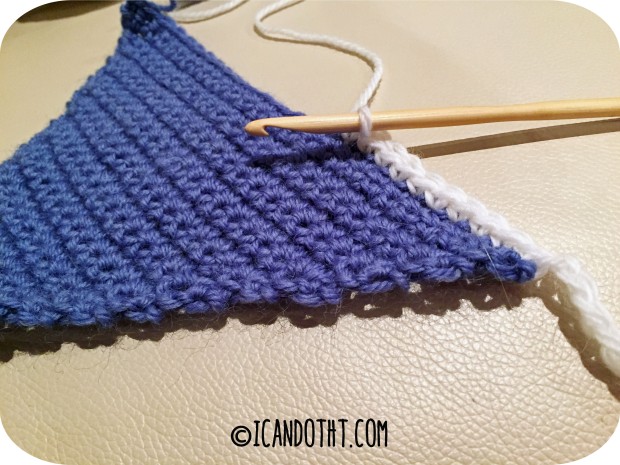 I wasn’t quite satisfied with the look when I had finished – the edges of the flags seemed a little rough and unfinished. I decided to do one row of single crochets along the edges of each flag. With the flags facing towards me, I started in the top left corner. I think I did about 1 sc per row in the flag, but really it was just whatever worked to give an even, elegant finish. I added in a couple of extra scs at the point of the flag to make sure that it didn’t roll up. 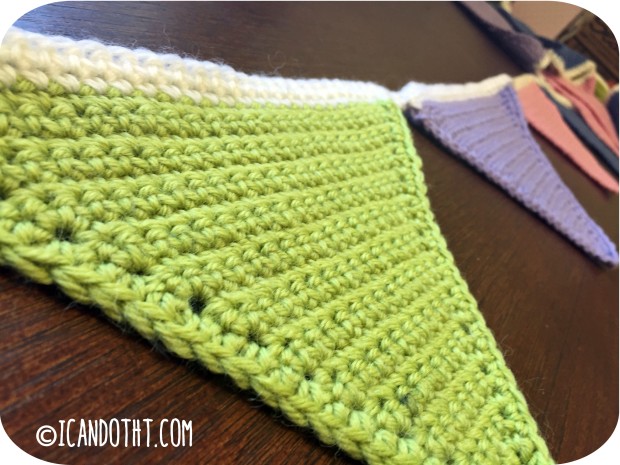 What do you think? I am really pleased with how they turned out! Make sure you stay tuned for Part 2: adding some crochet letters to make a beautiful personalised bunting. :)