March always seems to be a month of low blogging motivation for me! Case in point? I finished these frames almost two weeks ago, and even though I’ve been so excited to share them with you, I just keep putting it off. They look so good hanging in the house though, I get a happy feeling every time I see them. :)

After our engagement in September last year, we got some really beautiful engagement photos, taken by our friend Alan Moyle. However, we haven’t been able to find any frames for the portraits that we (a) love, and (b) can afford.

I was sitting in a cafe about a month ago (having brunch, of course) when I saw a poster framed with reclaimed wood. It looked so simple, yet so good, and my immediate thought was…. I can do that!

I sourced my timber from EcoTimber in Richmond. They specialist in a huge range of recycled and reclaimed timber for all kinds of projects. The man who helped me out, James, was so fantastic – he even cut the timber to the specifications I needed for no extra cost (I don’t have a band saw, so this project would have taken me a looooong time without his help). The instructions I gave him looked like some kind of incomprehensible ‘beautiful mind’ type maths, and he still managed to figure it out.

All up, the timber for our 5 huge portrait frames (and a giant one that I will show you in a later post) cost me only $30. And it is so beautiful, you guys. The photos really don’t do it justice.

The process for actually making the frames couldn’t have been easier. I laid out the pieces, added a thin line of PVA wood glue, and used a staple gun for some extra strength (although the glue, when it dries, is extremely strong).

I decided against mitred corners on the frames for two reasons. One was that I liked the simplicity and the rustic feel of the straight corners. The other was that they were just so so so much easier than mitred corners.

I made mattes for the frames out of cardboard, and covered them in calico for a soft contrast to the wood. However, both the timber and the calico have a rough finished, natural feel, so I think they compliment each other quite well. 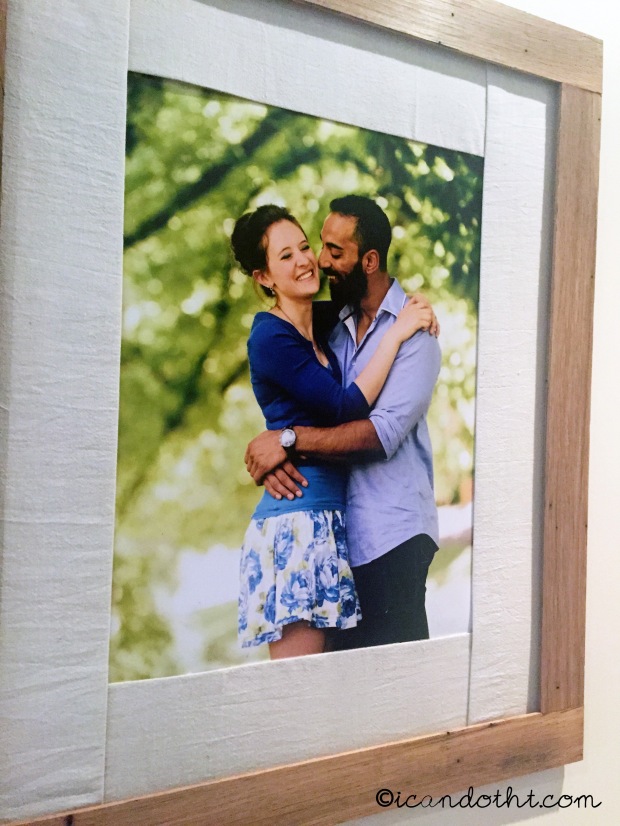 We used some MDF board (3mm) as backing for the frames, which Mario got cut to size at Bunnings. To hang them, I used some rough jute twine (also from Bunnings), attached to the frames themselves with the staple gun. 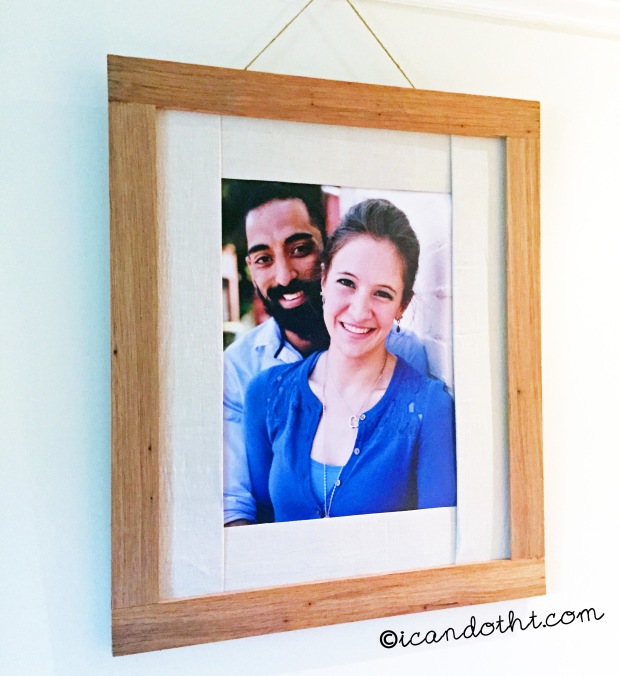 When it was time to hang the frames, I had to make a hard decision…

It was with great sadness that I said goodbye to my fish wall, which has been around for almost two years. Goodbye, little fishes. You won’t be forgotten… 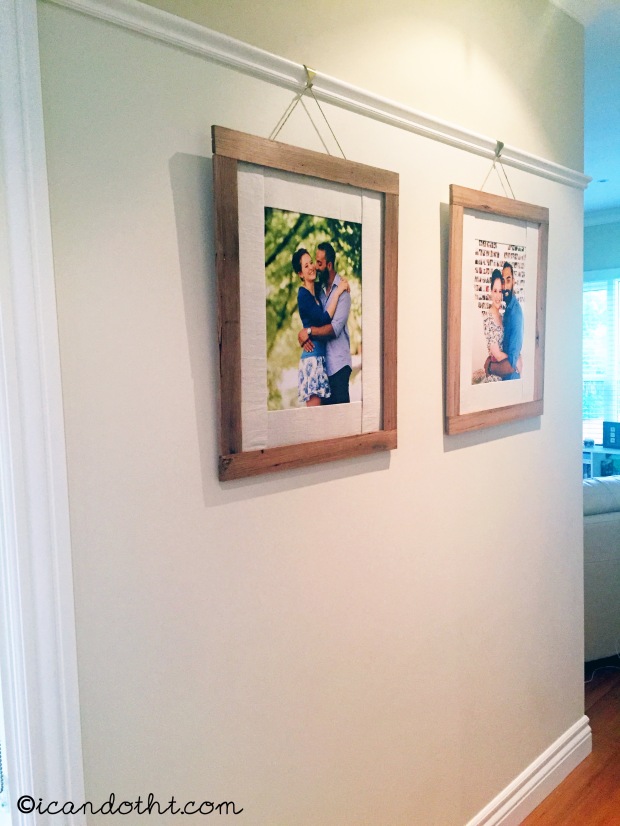