With six months to go until my wedding, I have a bit of wedding fever! And I have been giving a lot of thought to something that concerns me – how to evade some of the unsavoury traditions and customs associated with weddings. As I’m sure many people know, weddings historically operated in the context of women being passed – as property – from their fathers to their new husbands, and a lot of weddings customs reflect this – walking down the aisle, promising to obey, etc.

Now, it is often assumed that feminists and weddings don’t really go together. I consider myself a fairly stalwart feminist, but I am also incredibly excited to join together with my fiancé in marriage and share our lives together (as we already do). Nevertheless, the patriarchal traditions and continuing exclusion of the LGBTIQ community from marriage in Australia mean that there are definitely aspects of this institution that are problematic for those who consider themselves feminists and, well, decent people.

So in this spirit, here are 10 ways that I have come up with to  feminist-ize your wedding. But the main thing to remember (the first commandment, if you will), is, of course, that this is your day (and your partner’s), and it is therefore personal to you – so you should plan your wedding in any way that you want.

Ten Ways to have a Feminist Wedding

1. Question the walk down the aisle

The tradition of a father or other male relative walking the bride down the aisle stems from the time when women were considered property, to be quite literally passed (by the hand) from their father to their future husband. The fact that many brides came with a significant dowry means that they could really be considered to be ‘sold’ to their husbands.

However, for many brides, having their father walk them down the aisle is a special moment that symbolises love far more than anything else. I wouldn’t miss it for the world. That being said, there are plenty of things you can do to tweak the tradition a bit – maybe avoid having your dad place your hand in your husband’s hand, for instance, or (as my mum mentions all the time) you could have both parents walk you down the aisle. It’s all about what makes you feel right.

Wedding ceremonies can be just chock-full of problematic moments, includin: asking permission from the parents for the marriage, receiving the rings from the best man (why shouldn’t the maid of honour get a look in??) and, of course, pesky traditional words about the wife promising to serve, submit to or obey the husband.

Look, I am my own person, not an extension of my future husband, and anyone who knows me knows that I am not into obeying (except the law, because, well, I’m a lawyer, and a goody-two-shoes). In fact, I am fairly bossy. Independent. Opinionated. Passionate! Strong. Either way, I want a marriage that is equal, and I want my ceremony to reflect that. And if anyone is going to be in charge, it will be me. Except it won’t, because we’re equal.

Ahhh, the enduring myth that a woman’s value is tied to her virtue. She is either pure or worthless. Virginal or vulgar. Yet men are actively celebrated for their wild-oat-sowing ways – just look at what happens on many-a-buck’s night. Can anyone say ‘double standards’???

Well, I say screw that. Guess what? I’ve had sex before marriage! With more than one person! And….. I think my fiancé might know! In fact… I think my parents might know! And now that I’ve published this blog… I guess EVERYONE knows! How will I ever bear the shame? I feel lucky that my fiancé still wants to marry me, damaged goods that I am.

4. Object to that pesky exclusionary law

According to the Marriage Act of 1961 (yes, I looked up the legislation, cos I am a nerd), marriage means ‘the union of a man and a woman to the exclusion of all others, voluntarily entered into for life’. I mean come on, guys. The ACTUAL DEFINITION has the word exclusion in it!!

Now there’s a lot of debate about whether including an objection to this law in your ceremony actually does anything to help the LGBTIQ community. Some argue that a more effective way to protest this disgusting inequality would be for straight people to boycott marriage until the law is changed. Putting a little disclaimer in your ceremony wording is hardly going to change the world. But it might help your friends and family in the audience that day know where you stand, and know what you think of our government’s pigheaded bigotry. Tony Abbott, amiright?

Instead of husband and wife, how about partners for life? And I swear to god, if anyone dares to try and refer to me as Mrs John Smith, I will end them. Especially because my fiancé’s name is Mario, not John. Sheesh.

On a related topic, we have the conundrum of whether a bride should change her name. Let me start off by saying that this is only, and I mean only, about your choice. You, as a woman. You are the one who knows your identity, and what your name means to you.

I went through the process of legally changing my name when I was 18 so that I would have the same name as the rest of my family. It was a really emotional process, and even though I have never identified with my former name, I still felt a sense of loss when it wasn’t my name anymore. It’s an intensely personal decision to make. With that in mind, whether you decide to take your fiancé’s name or keep your own should be a decision made without external pressure. By all means, have a discussion with your partner – I did, and I think I opened his eyes a bit about the inequality that exists in expecting a woman – without question – to give up part of her identity. But make the decision that is right for you.

And as for you, friends, family members and strangers? I know it can be intriguing to know when/why/if a woman is or isn’t going to change her name, but guess what? It’s none of your business. So maybe think twice before you weigh in on her decision.

7. Children are a sensitive subject.

One thing that frequently comes up when you announce you’re getting married is the delightful assumption that you are now ready to procreate. Asking when someone that you barely know is going to have children – simply because they are or are getting married – is so rude and intrusive I can barely stand it. Assuming that they will, and feeling the need to make comments on their lifestyle/career/home is even worse. The decision to have children is SUCH a personal topic, and it can be incredibly upsetting to be asked about it all the time.

To bring the issue back to weddings, I think it is perfectly acceptable to ask your guests/celebrant/speech-makers to refrain from spouting out the kids line at your wedding. I don’t care that people want  grandchildren and/or nieces or nephews, and quite frankly, even if I did, I think it’s a pretty sub-standard reason to decide you want kids. A couple’s wedding day is about them, not about their non-existent future children that they may or may not decide to have. Respect that. 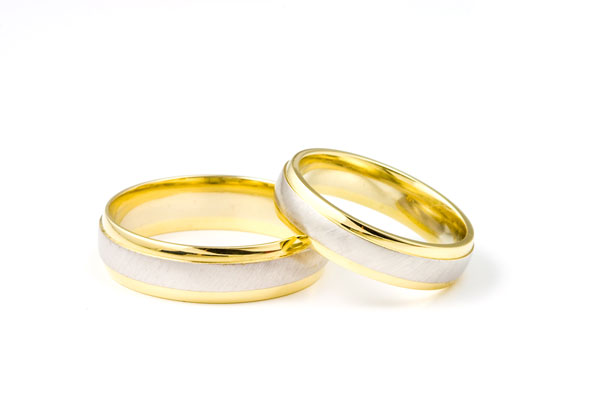 8. Toss the bouquet toss out the window

Does anyone else hear Single Ladies come on at that point of the night, and just want to claw their eyes out? No? Just me then?

I can’t even talk about how much the bouquet toss steams me up. It reminds me of The Bachelor – scores of beautiful, single women, dressed up to the nines and made up to perfection, being asked to fight each other for a man (in this case, a man symbolised by lucky flowers). Oh the humiliation that is the bouquet toss. This is one tradition that I now flat out refuse to participate in, and woe to the man who tells me to get out there ‘to be supportive’. If you think this tradition needs supporting, do it yourself. Now that would be something to see. 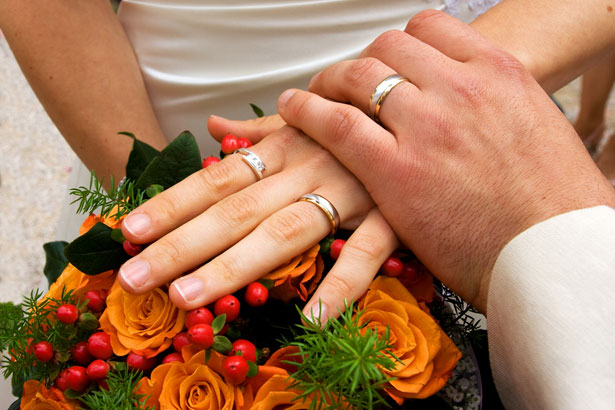 Another wedding tradition that I just love is that the bride is not meant to give a speech. No, her new husband is meant to speak for her. All I have to say to this is good luck getting a feminist not to speak at her own wedding. Good luck getting her to stop speaking! Women should be seen AND heard, especially on their wedding day when they look damn fabulous.

Now, finally, one for after you’re married. Historically, a woman changed her title from Miss to Mrs when she married so that people would know whether she was the responsibility of her father or her husband. Lucky me, my fiancé and my parents often argue about who is responsible for me, but more in a “who should take the blame?” way… delightful!

The Ms option was actually introduced by feminists as a way out of declaring your marital status. I know, I know, its surprising – I thought it was just for spinsters or divorced ladies too! I haven’t made my decision yet, but I think Ms is what I will be sticking with, at least until men decide to join the prefix club. I now present to you Mr-rs and Mrs Newlywed. Yes?

One thought on “Ten Ways to have a Feminist Wedding”